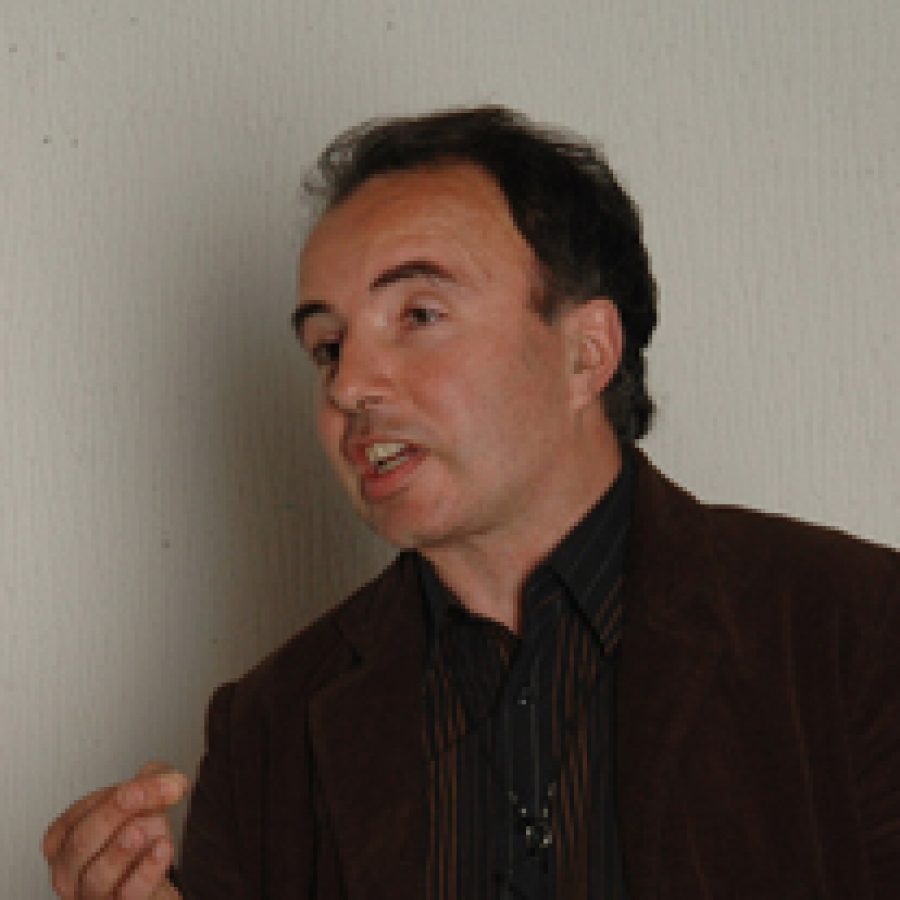 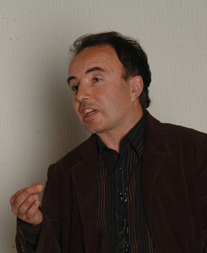 Ermis Lafazanovski (1961) is a contemporary Macedonian prose and essay writer. He writes novels, stories and essays from the field of literature and cultural an­thropology studies.

For his novel The Describer he received the Macedonian Writers’ Association Award (2001), for The Novel about Weapons – the Prose Masters Award, and Hrapeshko was nominated to represent Macedonia in the competition for the Balkans renowned literary award Balkanika.

He is a member of the Macedonian Writers’ Association and Macedonian PEN Centre.

… From this point of view, the work of Ermis Lafazanovski seems very interesting – he has been called a virtuoso of the grotesque and a master of pun.’ He succeeds in giving new content to traditional grotesque-satirical forms (…) In the novels by Ermis Lafazanovski, the grotesque reflects the author’s attitude towards: different cultures, narrative and stylistic cliches originating from folklore, adventurous literature, works of socialist realism, humorous and satirical literature, but also towards different topics taken from national life, permanently rooted in Macedonians such as their history with the Turks, the character of a typical inhabitant of the Balkans and their attitude to ancestors and historical events.

The author seems to be trying to point out that the significance of linguistic formulas has devaluated, and that it has become impossible to write stories using them – they lack their original value, and in their current state they can only be read with irony. (Marija Proskurina, Moskva)

With a lot of wit, resourcefulness and knowledge, Lafazanovski has written a book which a) we haven’t had before b) we have always wanted to have and c) belongs to us (…) The Describer is the one that rounds up the truth for us making it complete; it is that little piece we always miss when we want to comprehend the truth as it is… (Olivera Kjorverzirova, Skopje)

The theory of supremacy of script over truth (close to the post-Modernistic postulates) in Lafazanovski’s writing is elevated to the level of a procedure which makes a novel on the one hand, and a stylistic code in our contemporary literature on the other (…) Lafazanovski undoubtedly has an insight into the syntax and lexis of these codes. This is where the easiness and fluency of his narrative originate from. (Atanas Vangelov, Skopje)

Ermis Lafazanovski shows his great sense of humour in this book, as well as in his previous ones… a lot of innovations and new terminology playing pun on political and journalistic cliches. (Oldriška Čtvrtmčkovđ, Praga)

And to conclude, Lafazanovski’s Novel about Weapons is the noticeable confirmation of the creative potentials of a sovereign, meta-approach on the world in general: in this novel, side by side stand the academic erudition and the street laughter; the rhetorical skills and the play with the semantic meanings; the sharp criticism and the vivid fun; the lucid intellectual imagination and the charming humor; the urban slang and the ultra-archaic narration styles; the black humor, the absurd end etc. All those characteristics shape our immediate existential being in this world – a world as it is – a world of ’oral histories’ (Elizabeta Šeleva, Skopje)

Ermis Lafazanovski establishes a practice of axiological and ethnical re-valorization of the acts of the common small man who has big ideals and whose passions move con­sciousness and existence. The paradoxical tropisms with this author speak in the language of fatal gesture. (Katica Ćulafkova, Skopje)