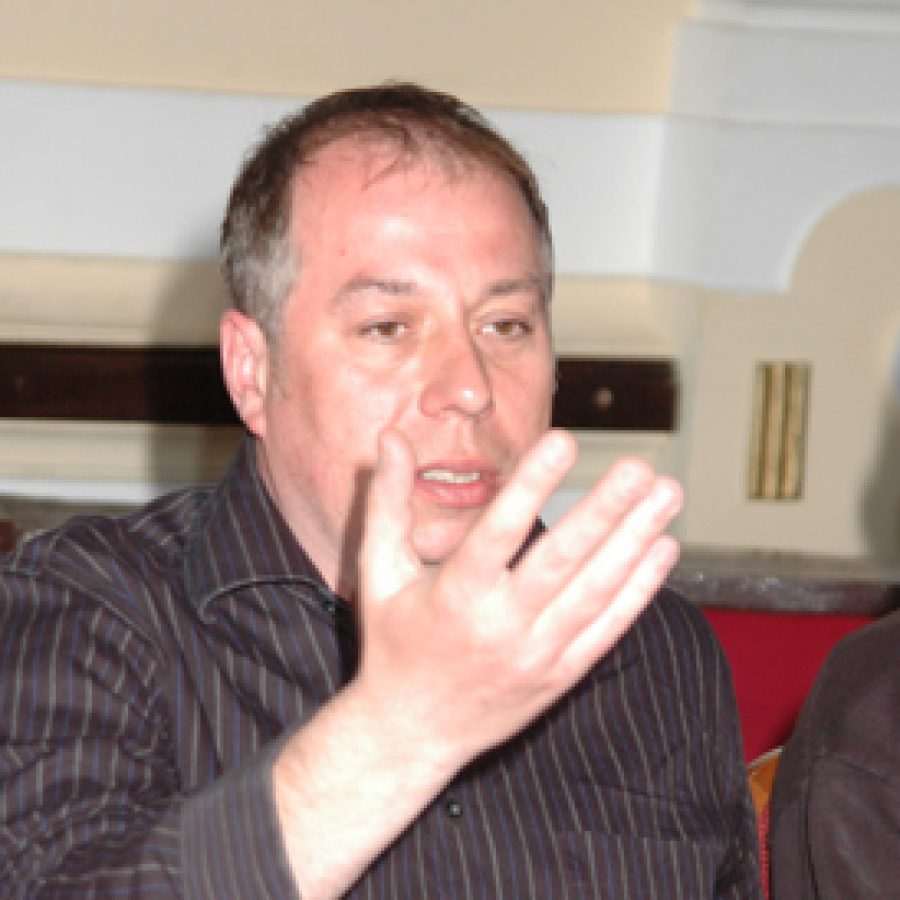 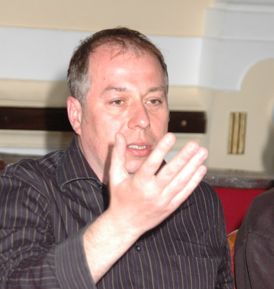 Krzysztof Varga (b. 1968) lives in Warsaw. He studied Polish Language and Literature at the University of Warsaw. At present he is editor-in-chief of ”Gazeta Swiqteczna” (the Saturday colour supplement) in Gazeta Wyborcza. His debut was “Pijany anioł na skrzyzowaniu ulic” (A Drunken Angel at the Crossroad), a collection of short stories. He has published “Chłopaki nie płaczą” (Boys Don’t Cry, 1996), a novel; “Bildungsroman” (1997), essayistic prose; and ”45 pomysłow na powieść. Strony B singli 1992-1996” (45 Ideas for a Novel: Side B of the Singles 1992-1996; 1998), which won a Foundation for Culture award. Together with Paweł Dunin-Wąsowicz he brought out a lexicon of contemporary Polish literature, “Parnas bis. Literatura polska urodzona po 1960 r.” (“Parnassus Bis. Polish Literature Born after 1960”; 1995); and additionally with Jarosław Klejnocki, an anthology of most recent Polish verse, “Made swoich poetów” (“Here Are Your Poets”, 1996). In 1998 he published „Ṡmiertelnoṡć” (“Mortality”), a novel; his 2001 “Tequila” was shortlisted for the NIKE Literary Prize in 2002. His novel Karolina was published in 2002, while his latest published work is Nagrobek z lastryko (Tombstone in Ferazzo), 2007.

Story of love and adolescence somewhere between Hungary and Poland. Sensual, appetizing tale of the riches of the visible world. Bildungsroman …assures me in what was only recently a suspicion: laddishness happens to be incorrigible. (Piotr Kuźminṡki, Kresy)

…the moral message of the author and his protagonists is the truth disillusioning the simple-minded: life is death and decay; this is its beginning and its end… (Agnieszka Czachowska, Res Publica Nova)

In this book, boys still don’t cry, although they do die. Warsaw, informal and sentimental life in the early capitalist era. Great, tragically amusing prose. I have an impres­sion that in Mortality Varga has managed to tip the scales – the world described or created has become even less important, whereas that which has always been hidden behind the descriptions of laddish excesses or the taste of Hungarian fruit preserve has come to the fore: nostalgia, fear of death, neurosis, hypochondria, despair, melancholy. (Kinga Dunin, Fa-art)

Mortality wants to be a novel about what happens to human consciousness when it has already managed the basic description of the most significant principles of the world. Or rather, it tries to consider an issue: what does maturity look like after crossing the first shadow-line. (Jarosław Klejnocki, Tygodnik Powszechny)

The fact that it presents the world from the perspective of an outsider, representative of alternative art, sanctions its specific language. This stylistic strategy renders the book more credible. The essence rests between the words. (Magdalena Walczak, Portal Księgarski)

A melancholic flaneur ”at odds with his times”, the main protagonist searches through his memory, his imagination, everywhere, for a certain woman named Karolina. By turns ludicrous and sentimental, sometimes ironic, he nevertheless looks for his true self, contemplating his own life, analyzing his own experiences. This is why Karolina is not a mere phantom, a remembered shadow, but… the pretext for story-telling, the toy he will eventually abandon. He will do it with charm and tenderness, at the same time saying goodbye also to a part of himself.

This novel is undoubtedly the most ambitious writerly enterprise by its author, and, at the same time, the most difficult so far, addressed only to those readers who have not lost the gift for savouring unhurried and melancholic, meandering and capricious narration. I can assure you that plot devourers will find nothing in this book; fans of simple attractions and superficial effects will go away empty-handed. (Dariusz Nowacki, Polityka)