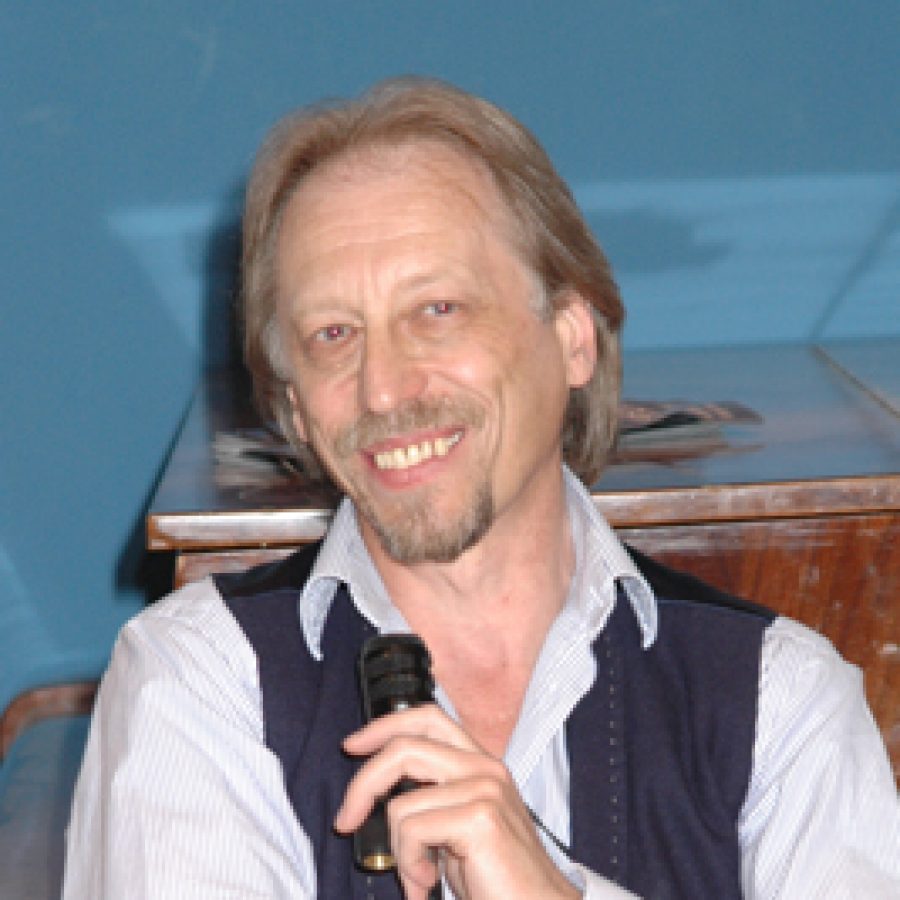 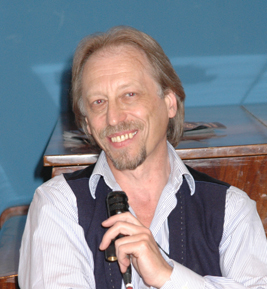 Born in Belgrade, Serbia, in 1954. Studied at the Faculty of Philology, Department of Yugoslav and World Literature, Belgrade University. Vladislav Bajac used to be a journalist and translator. Currently he is a writer and a publisher. The author of nine books – five novels, two books of short stories and two books of poetry. Also the founder and manager of Centre for Geopoetics Publishing in 1993. At the moment the Director and Editor-in-Chief of Geopoetics Publishing, Belgrade.

Haiku poems: Haiku awards at “The International Itoen Haiku Poetry Contest”, Tokyo, Japan, in both 1991 and 1993; Dream Coasters: “Stevan Pesic Award” for the best prose book (1995); The Black Box: “Borislav Pekic Foundation Prize” for the best manuscript in 1993; The Book of Bamboo: Short-listed into 25 best novels of the decade in (former) Yugoslavia in 1990; Nominated and short-listed in five novels of the year for “The NIN Award” for the Best Novel of The Year (1989) by the (former) Yugoslav critics; The Druid of Sindidun: “The 6th April Award (The Book Day)” proclaimed by The Serbian Literary Union and Belgrade City Assembly as the best novel on (ancient) Belgrade in 1998; “The Golden Best- Seller Award” for the Top Ten best-selling books in 1999; “Branko Copic Foundation Award” (Serbian Academy of Science and Art) for the best book in 1998; Proclaimed as “The Novel of the Year” (1998) by Večernje Novosti;

Nominated and short-listed for “The NIN Award” for the Best Novel of the уеаr in 1998 by Yugoslav critics; Nominated and short-listed for “The Mesa Selimovic Award” for The Best Book of The Year (1998) by 70 Yugoslav critics (second place of ali books published regarding literature in general); Nominated for the International “Balkanika Award 1998” for the best novel in the Balkans as Yugoslav representative among ali other Balkan countries; Escape from Biography: Award for one of ten Best-selling books in 2001; Europe Express: International Avvard for Collected Prose Work, Macedonia, 2003.

The Book of Bamboo was published in France (Le Livre du bambou) by Gallimard, Paris (1993) and in Macedonia by Tabernakul, Skopje (1993), in Bulgaria by Svet. Nauka Publishing, Sofia (1999) and it’s Russian edition is being prepared by Amphora, St. Peterburg. It is in the process of translation in English as well.

The Druid of Sindidun was published in Macedonia by Magor, Skopje (2002), in Bulgaria by Stigmati (2003) and is in the process of translation in several other languages. The whole book is available in manuscript translated in English.

Europe Express was published in Macedonia by Makedonija Prezent (2004).

The novel by Vladislav Bajac Escape from Biography is actually a novelized biography of Đorđe Šagić, a Serb from the beginning of 19th century who reached America via Hungary and Germany after the crush of the Serbian uprising. He made a remarkable career in America. The novel abounds in stories about Šagić, aka Ribar, aka Fisher. Bajac uses his extraordinary narrative skill to tell a story about his involvement in the Mexican revolution, establishing the American customs service and National Bank… Šagić is listed as one of the hundred most famous Americans.

It’s a dry and formidable book written with consciousness and self-discipline, in which reality overtakes fiction and vice versa. It requires the full and constant attention on the part of the reader. Its short sentences, strings of events and parallel actions create great tension…

After the Book of Bamboo, ten years later, Bajac has again made as a novelistic surprise. Novels like The Druid of Sindidun are rare and belong to the category of such significant works which, making an attempt at comprehensiveness, reveal to readers only as much as they are able to perceive, keeping the layers they are not ready for hidden. With his latest book, Bajac has earned, I am sure, a place among the most significant con­temporary novelists of our country. (Ljiljana Šop)

What distinguishes this philosophical-historical novel is its great modern mastery. (Svetozar Koljević)

There is something surprisingly confident in the carefully maintained tone of this book, the way it spins a web of wisdom around everything happening in this Celtic world of druids. This is a literary trip out of the boundaries of literature, a magic possibility to create worlds which vanished so long ago, with a subtle feel for the silent drama of their existence and a delicate, long shadow they cast up to our times. In any case, we haven’t had this kind of book before. (Dragoljub Stojadinović)

The book Europe Express is defined as ’a novel in stories’ by its author, but it is primarily an essayistic travel journal, in which the best pages are the very ones where the author lets his eye on a journey’ lead him and ’choose’ his topic…

Europe on the Bull’s Back

Vladislav Bajac’s prose is easy to read because of his style, and at the same time difficult, for its readers have to possess knowledge about civi­lizations, magic, mythology, cross-cultural influences, and more than anything an ability to notice fantastic fiction born from his quirky perceptiveness. This book is not a simple collection of texts about places and people from different communities, it is rather a well-thought out work in which the author consciously underscores the connection between people’s destinies which, in their wholeness, form the destiny of mankind.

The Book of Bamboo

The Book of Bamboo is an extremely mature prose of high aesthetic quality. Its original form (fiction, essay and scientific apparatus), exotic scenery and convincingly directed plot reveal the hero’s dilemmas as universal in time and space, characterizing even ours. It’s a museum of incredible fairy tales, somewhere between the One Thousand and One Nights and Alice’s Adventures in Wonderland…

Dream Coasters, subtitled Geopolitical Fables, is a collection of stories which follow the form of a fable, including the moral at the end. By changing the morals in this new, modified edition, Vladislav Bajac transforms deadly seriousness into fantastical humour, closeness into openness. In these stories narration overwhelms the finality of symbols and characters, the finality of any kind.