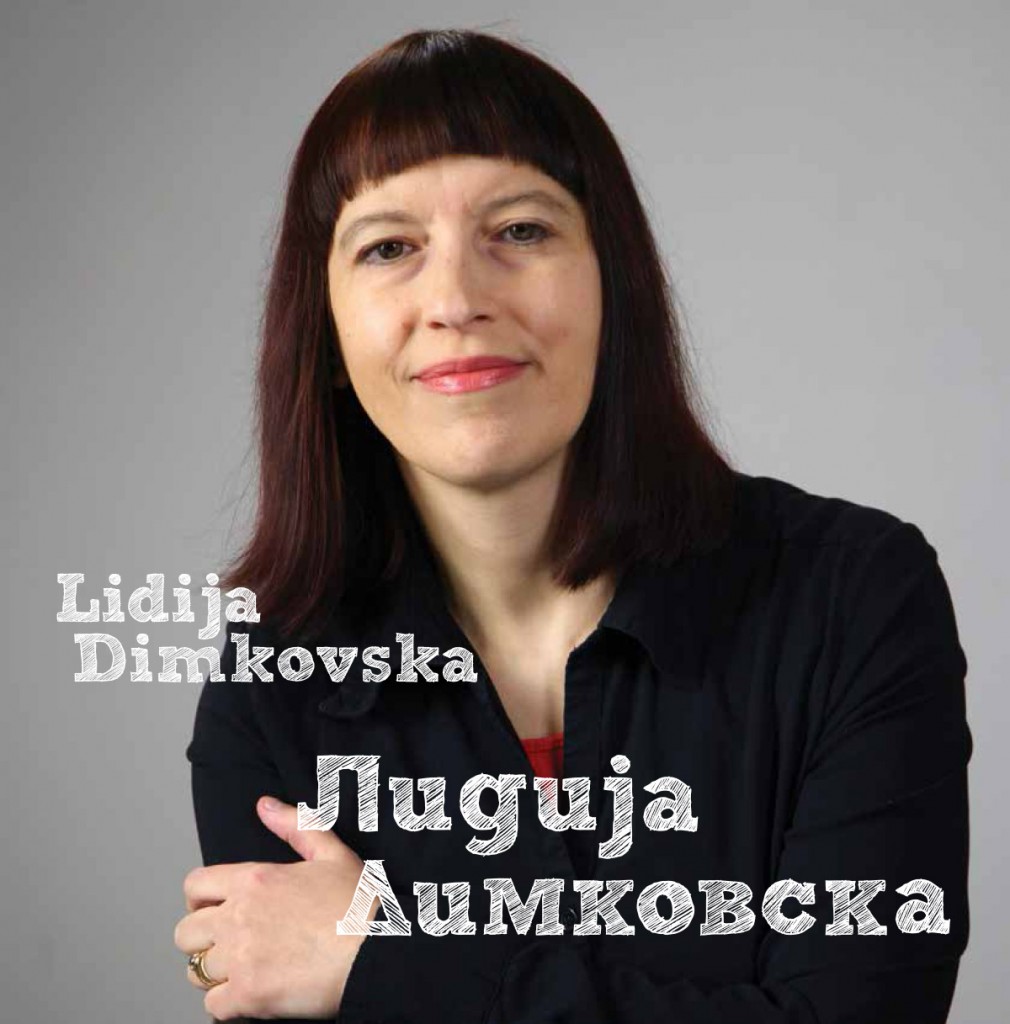 Lidija Dimkovska was born in 1971 in Skopje, Macedonia. She is a poet, novelist, essayist, and translator. She received a Ph.D. degree in Romanian literature from the University of Bucharest, Romania where she worked as a lecturer of Macedonian Language and Literature. She used to teach World Literature at the University in Nova Gorica, and now she lives in Ljubljana, Slovenia as a free-lance writer and translator of Romanian and Slovenian literature in Macedonian.

She has published six books of poetry. Her poems have been translated and published in more than twenty languages all around the world. Her books of poetry have been translated in English, German, Polish, Slovenian, and Romanian. The American Poetry Review dedicated the cover page and the Special Supplement to her. She received the German poetry prize “Hubert Burda” and Romanian poetry prizes Poesis and “Tudor Arghezi”. Her poetry books have been shortlisted for the German literary prize “Brucke Berlin”, for the American “The Best Translated Book Award” and for the Polish award “European Poet of Freedom”.

Her both novels Hidden Camera (2004) and A Spare Life (2012) received the award of the Writers’ Union of Macedonia for the best prose book of the year. Her novel “A Spare Life” also received the European Union Prize for Literature (2013). Her novels have had more editions and have been translated in Polish, Slovakian, Slovenian, Serbian, Bulgarian, and Hungarian. At the moment they are being translated in English, Latvian, Croatian, Czech and Italian.

She has participated at numerous international literary festivals and was a writer-in-residence in Iowa, London, Berlin, Vienna, Graz, Salzburg, Krems, Čortanovci, and Split.

A Spare Life belongs to the group of the best novels written not only in Macedonia, but in the entire former Yugoslav territory in the 21st century. The story-telling mastery of this authoress takes the reader’s breath away, while he witnesses the years in which personal lives of the protagonists rise and fall, just like the very country they lived in.

Two heads live together, but act in two different manners: one is drowsy, disinterested in the current events and escapist, while the other is active, socially engaged and critical. Most of the novel is set at the time of the Yugoslav breakdown, when both Siamese twins and federal states want to get separated. And, although in this case it would be easy to claim that it is a political allegory, it is not the only way to read this novel, which explores a number of other questions related to the notions of home, identity, fragmentation and totality.

A Spare Life by Macedonian authoress Lidija Dimovska is my favourite – a discovery of the year. I will not hesitate to compare it with Tolstoy’s novel Ana Karenina – judging by story-telling, probing into the depths of soul and the quiet humbleness in front of a tragedy which sometimes makes us look away from the page and gaze through the window somewhere in the distance…

Lidija Dimovska, born in the 1970s, is one of the leading Macedonian writers. She has written a very good novel that was fortunately translated into Hungarian as well.

In A Spare Life extraordinary things grow from ordinary language. Readers will enter into a remarkable imagined world.

I cannot recall reading in Macedonian a more nuanced and precise rendition of artistically ‘handled’ political implications, subtle and clever political allusions, but also radical stances articulated as ‘art’. Yet, A Spare Life’s body is not the body politic of a political novel, in any one way. It is a powerful, massive body of a fierce personal saga, belonging to an individual who, both literally and symbolically, has been merged with the Other, with an Otherness without which it is left in constant mortal danger… It is truly magical to read a novel this complex, this worldly, in one’s native language, accompanied by all the possible nuanced meanings of the attribute “worldly”.

At once extraordinary and quotidian, A Spare Life is a chronicle of two girls who are among the first generation to come of age under democracy in Eastern Europe. Written in touching prose by an author who is also a master poet, it is a saga about families, sisterhood, immigration, and the occult influences that shape a life. Funny, poignant, dark, and sharply observed, Zlata and Srebra reveal an existence where even the simplest of actions is unlike any we’ve ever experienced.