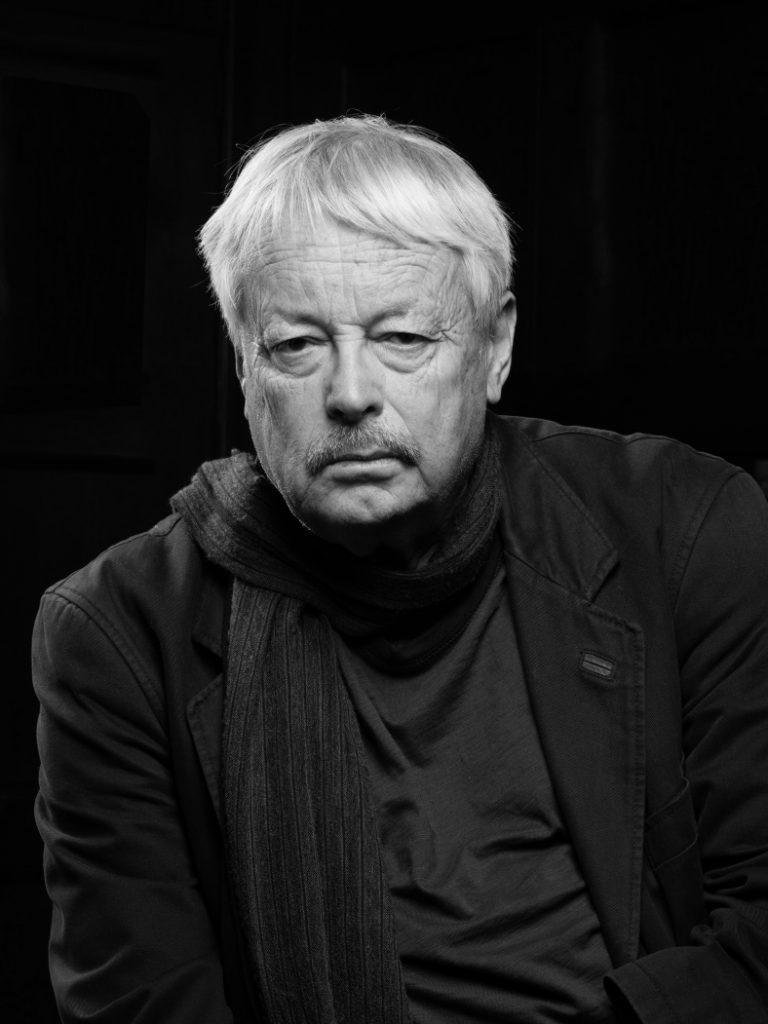 SLOBODAN ŠNAJDER (Zagreb, 1948) graduated in Philosophy and English Language and Literature from the Faculty of Philosophy in Zagreb. He was a co-founder and editor of the theatre magazine Prolog (Prologue) for a number of years. He has spent some time living in Germany, Austria and France.

Active in different genres, Šnajder started publishing his fiction in 1996, and since 1969 he has been active as a dramatist, continually writing dramas whose staging has been less continual.

Selected Works in nine books were published by Prometej, Zagreb 2005-2007.

The second edition of the novel Doba mjedi (The Age of Brass), which has been awarded five prizes (Meša Selimović, Mirko Kovač, Radomir Konstantinović, Petar Kočić, and the Novel of the Year Award of roman@tportal.hr), was published by TIM press in November 2016.

About the novel Doba mjedi (The Age of Brass)

By writing this great novel, definitely one of the best in the recent history of Croatian literature, he tried to get rid of the layers of a heavy and burdening heritage, but through this experience, he made us richer for some new insights, which are not pleasant. However, if we give it a try and read it, they can (perhaps) make us better people.

His novel emerges from legend and a legendary past, a multiply interpreted and overinterpreted family story, only to suddenly turn into a very real, hard and cruel truth of the 20th century. This is undoubtedly the most significant novel of Croatian literature in the last couple of years.

Doba mjedi is a powerful book that requires a focused reader; a reader ready to stop at narrative sentences that are actually philosophical thoughts, original author’s phrases; a reader who will recognise poetic moments and who accepts the impossibility of a simple and one-way interpretation. In short, Doba mjedi is a serious, firm and very sensitive book. (…) For readers who, willingly or unwillingly, recognise the 20th century as the age of extremes, Šnajder’s Doba mjedi is both the time of brass and more lasting than brass. It is a literary testimony of how it is possible to write after Auschwitz. Strenuously and uncertainly. But unavoidably and always personally.

Doba mjedi, the age of the serpent that Moses made according to God’s dictate, is an age of an absent God; an age of the idea one must believe in and a time of worshiping brass idols. And this is the age when the worst attrocities are committed. (…) It took a “whole life” to Šnajder for Doba mjedi. Not because a volksdeutcher’s destiny is a politically sensitive topic. On the contrary, it has long ceased to be. But, because Doba mjedi is a kind of book that is usually called a testament, a testimonial novel.

A novel of dense, gloomy, and heavy, yet not at least impervious sentences, for a long and slow savouring, powerful as the force of the Danube under the shadow of the Fortress, akin to the best of Tišma’s books or Lebović’ Semper idem, with a pinch of Kiš’ Porodični ciklus (Family Cycle); all in all: a great narrative of Šnajder’s and our 20th century.