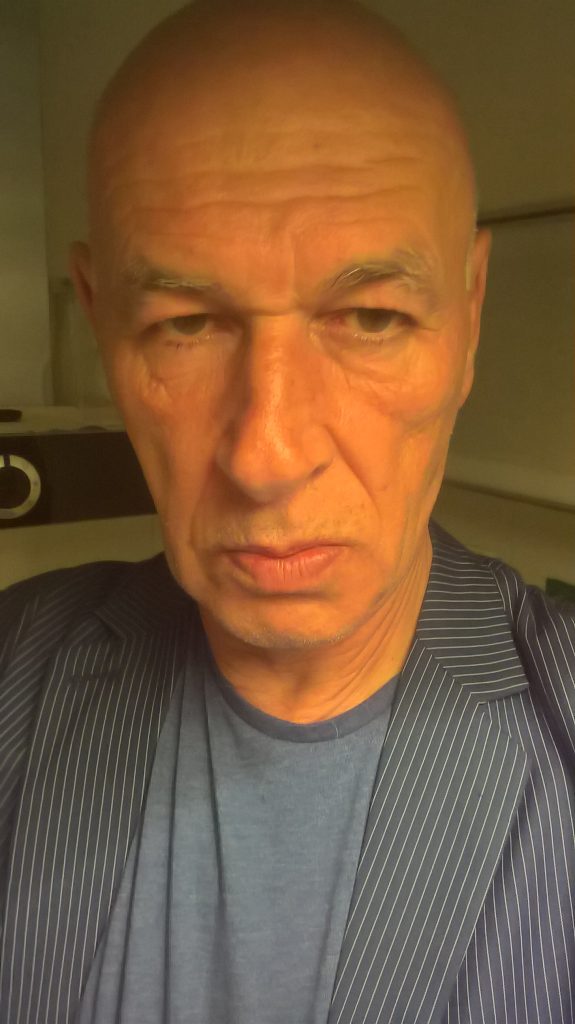 He has prepared the anthology of lesbian poetry Dvije (Two, 1992), as well as the compendium Hrvatske noći / Croatian Nights with Matt Thorne and Tony White, which was published in Great Britain as well (2005).

With Arseno Oremović, he has co-edited the book of stories Zvučni zid (The Sound Barrier, 2009).

He is one of the founders of the FAK (Festival of A Literature).

His new novel Ne diraj me! (Don’t Touch Me!) is about to get out of print and the Gavella Theatre has announced that his drama Borba i dosada: kratka povjest rokenrola (Struggle and Boredom: a Short History of Rock ’n’ roll) will be staged in 2019.

What Will Become of Us is a superbly written dystopian novel. The main heroine filthily rich Lily, who lives on a high floor of a skyscraper at Cvjetni trg, Petra Preradovića and Brotherhood and Unity Streets, enters one day at Kruge into Zagreb’s underground railway to get to see ordinary life. A huge clash with the lives of people struggling for bare survival ensues, and a bit later, a water bomb is dropped from a Canadair onto the mosque near her skyscraper. A violent change takes over the city. Lily meets e-Romas, numerous minorities, various social groups, and tries to save Zagreb through them. The reader is presented with an orchestration of stylistic and life riches of the first class.

The Glory of the Epoch was the first novel of the generation that had experienced punk and the new wave. For the first time in the history of Croatian literature, there appeared football fans, such as we know them today, violent and adrenalized, infused with ideals one readily dies for. The Glory of the Epoch was our first urban prose text, one of those that would continue to be written in the late 1990s and, at a certain moment, were to grow into a manner of the generation.

Exploring, twisting and turning all the possible meanings of particular words, leading them to clashes and into contexts that give them new, different, richer, more complex meanings, combining Croatian with other languages ​​(which permeate it in the modern media atmosphere), making combinations and incredible inversions, Radaković has proven that the original authorial inspiration can turn Croatian language into a world-class medium! Otherwise, his collection of strange stories – homunculus, provokes attention on some other levels as well – from the horoscope combinatorics to literary-historical irony, from the Orwellian projection of our modernity to sexual indecency – so it seems that Borivoj Radaković has more “avant-garde” potential than the whole generation that he is immersed in.

Igor Mandić (About the book No, That’s Not Me)

Overwhelmingly, the language is colloquially used – alive, urban, from slang to certain dialectical features, full of direct expressions and curses, active and agile intertwined with scientific expressions and terminology of a similar kind. With his view of reality the writer attracts, shocks, sometimes draws a smile, but we more find ourselves entrapped in vicious circles, out of which a “fallen angel” can hardly get his wings and take off.

Radaković has opened quite a number of taboos of our literature, primarily those of contemporary violence – sexual and physical, media, nationalistic. Radaković’s literature has always been a fierce accusation against all those who have incited and incite abuse, torture and murder. This may sound strange to those who remember this writer primarily for his aggressive writing – Radaković is also a humourist, but in his literature humour and horror, pornography, melancholy, pacifism, and swear words alternate at a dizzying speed. Radaković is an “antithetical” author, but the “pornographic” rewriting of genres, “swearing” rhetoric, making fun of the myths – male-patriarchal, national, national-literary and linguistic – works well within the same matrix…