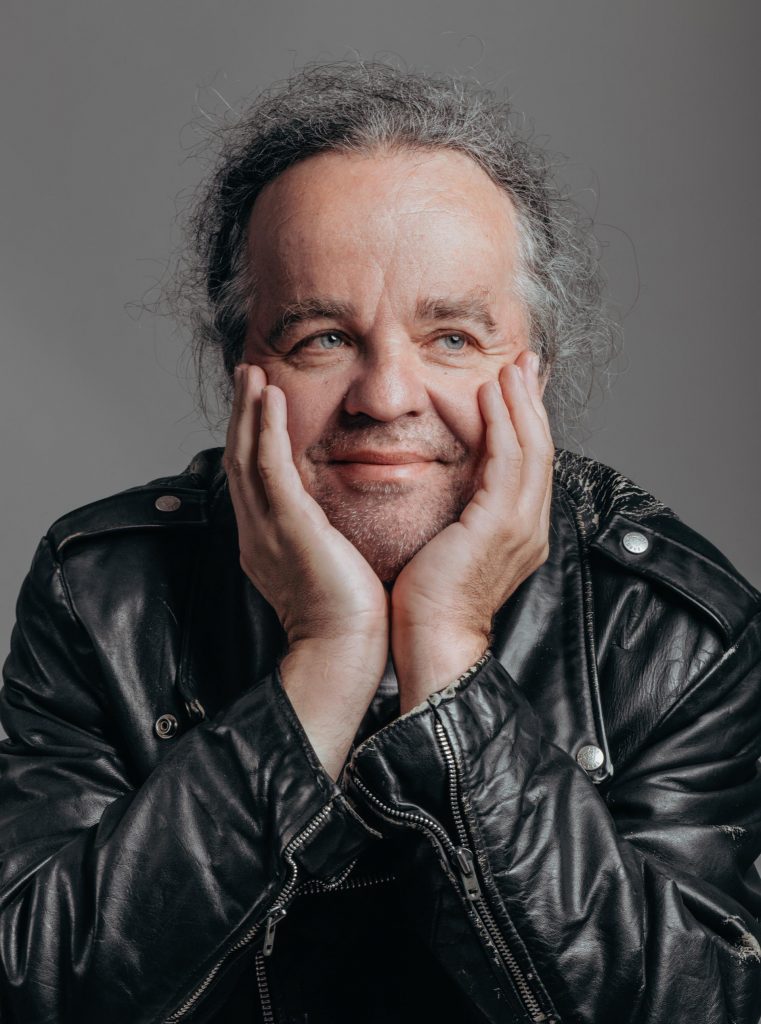 Miljenko Jergović was born on 28th May 1966 in Sarajevo. He was brought from the Koševo maternity hospital to the building of Mrs Hajm-Peserle, to the fifth-floor apartment Rejc. Three years later, he moved to Sepetarevac into the house of Trklji. He has invested the last twenty-five years of his life, ever since left his hometown, in the creation of a fictional Sarajevo, Mejtaš and Sepetarevac, which can, but do not have to bear any resemblance to the actual toponyms of the same name.

Although its voluminousness can “intimidate” an unprepared reader, this novel reads quickly and easily; once “hooked”, the reader will hurry towards its end – that is, the beginning – because Jergović writes the way those who know and love books and people equally well write (and the way only those writers can write) (…) Someone in Serbian, Croatian or Bosnian literature in the past ten years might have written something better and more comprehensive about a historical doom and its human repercussions, but frankly, I cannot I remember such a case. (Teofil Pančić, about the novel The Walnut Mansion, Vreme, 2003)

With his novel The Walnut Mansion Miljenko Jergović joined the league of the best contemporary authors in the world. (Werner Krause, Kleine Zeitung)

It is the most monumental book, for me, a book of millions of pages, because it continued to write inside me; its already forked out branches blossomed inside me. It is a great book about Jergović, about the unheard history of his family, a book about me and my family, about the eternally trembling temporality of any homeland. A book written about them and for them, about the sad, ruined, overwhelming, idiotic, lazy, beautiful countries and people worthy of hatred and love, those who used to be Yugoslavia and the Yugoslavs, or kingdoms and kings, or Europe and Europeans, or something unclear – servants, the restless, the Croats, the Germans, bees, Muslims, the self-determined and those determined by others, fraudsters and dreamers, Wehrmacht officers, followers. (Saša Stanišić on the novel Kin Die Zeit, 2017)

Read this book: at Sarajevo many died and the twenty-first century was born. These spare tales speak of all that may yet befall us if we forget our essential fragility; by showing that while what unites us is undeniable, what we allow to divide us too easily becomes murderous. This classic of anti-war writing is a warning about the immense human cost of following those who would have us hate others. Its US publication could not be more timely.  (Richard Flanagan about the book Sarajevo Marlboro)

Like all great war books Sarajevo Marlboro is not about war – it’s about life. Jergovic is an enormously talented storyteller, so the people under siege come through in all their poignant fullness. And one more thing: this book does not belong to the literature of complaining, much too common these days – Sarajevo Marlboro is a book for the people who appreciate life. (Aleksandar Hemon about the book Sarajevo Marlboro)

Jergović is a writer who digs his fingers in and, together with the roots, he unearths entire passages of forgotten lives. (Paolo Rumiz, u „Il fatto quotidiano“, 2014)

Ruta Tannenbaum is an absolutely marvellous book of brilliant prose writing and extraordinary style. Reading this book seems to me not only recommendable, but necessary as well. (Javier Vayá Albert)

Jergović’s book Unearthly Expression of His Hands is a masterpiece. (Edo Maajka)