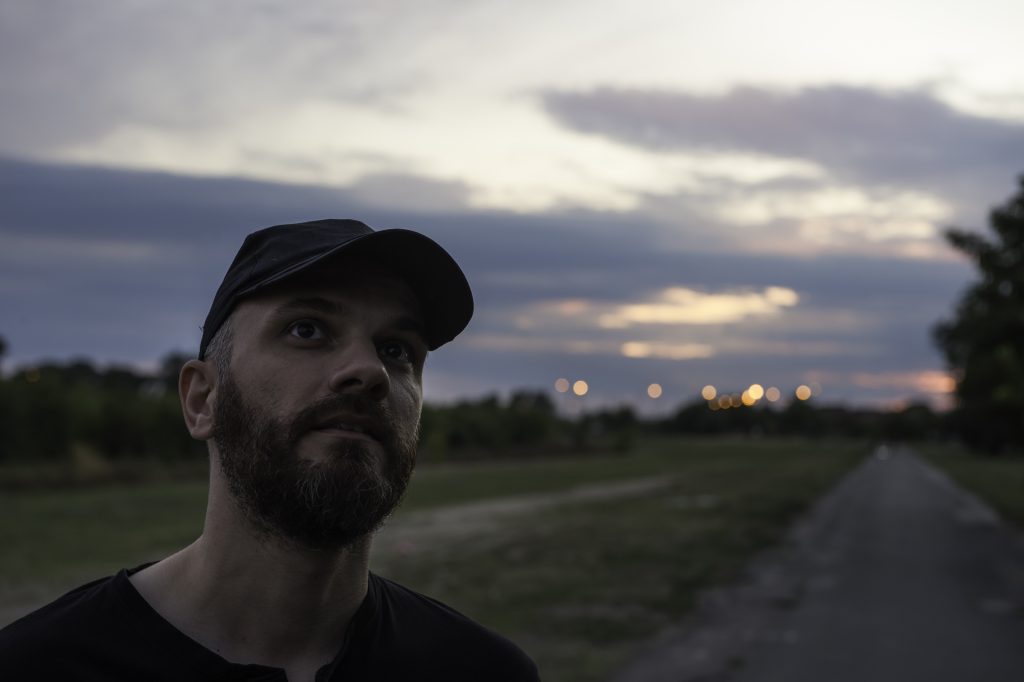 Srđan Srdić was born in Kikinda in 1977. He graduated from the Department of Comparative Literature and Theory of Literature at the Faculty of Philology, University of Belgrade, receiving his PhD from the same Faculty. He is employed in Comprehensive High School “Dušan Vasiljev” in Kikinda and holds the position of the manager of the Regional North-Banat Centre for Talents of the same name. He is a volunteer editor of a part of the literary programme for the needs of the National Library “Jovan Popović” in Kikinda, where he organised a Creative Reading Workshop. With Vladimir Arsenić, he leads a Creative Writing Workshop in Belgrade, as well as the publishing house “Partizanska knjiga”.

He lives in “Mikro-naselje”, near Kikinda.

It has been noted that the literature of Srđan Srdić and especially A Silver Fog Is Coming Down requires a patient, persistent and concentrated reader, as well as a reader of exemplary reading competencies. However, I dare say that Srdić’s literature, above all, requires an open reader, a reader ready to risk, ready for self-exposure, a reader ready for insomnia. A reader ready to enter the labyrinth without a guarantee that he will be able to catch the thread that will take him out.

The latest novel by Srđan Srdić could suffer the fate of Ulysses – many will not finish reading it. And those who finish reading it will sometimes need a confirmation that they have understood everything correctly, even though they are aware of the fact that it is legitimate “not to understand the game” in postmodernist novel (Eco’s words) or, at least, not to take the whole thing seriously. With Srdić, as with Joyce, it becomes serious, at least from the moment when he manages to touch the opaque depths of a human being.

Srdić may not be able to escape his themes that are really very painful, but his approach is getting decentralised, it moves and conquers new fields of meaning and style.

However, although he counts on having a small number of readers and that his books will not be recommended to everyone, Srđan Srdić does not accept compromises. The distinctiveness of his prose, which is primarily reflected in his great commitment to language, has gained its supporters among more competent readers, which this writer undoubtedly holds very dear.