Natalia Fiedorczuk-Cieślak (1984) is a multi-talented Polish artist, whose debut novel How to Fall in Love with Shopping Centres has earned her one of the most prestigious Polish literary awards – “Polityka” Passport. It came as a surprise for her as well, because it was more logical to expect a music award, since she is well known on the Polish music scene as a composer, vocalist, instrumentalist and producer with her project Natalie and The Loners. Having graduated in psycho-pedagogy of creativity from the Academy of Special Education, she works at the Cultural Centre of Warsaw’s Bemowo district, engaging in art education and social animation – civil activism in local communities. She is a publicist writing about the Internet, music, culture of living, aesthetics. Her book Rentals (2012) is a project that in a series of photos and sociological features depicts flat-hunting process in Warsaw and the metropolitan culture of renting flats. Her second novel Relief was published earlier this year, which will also see the first translation of her work in the world. 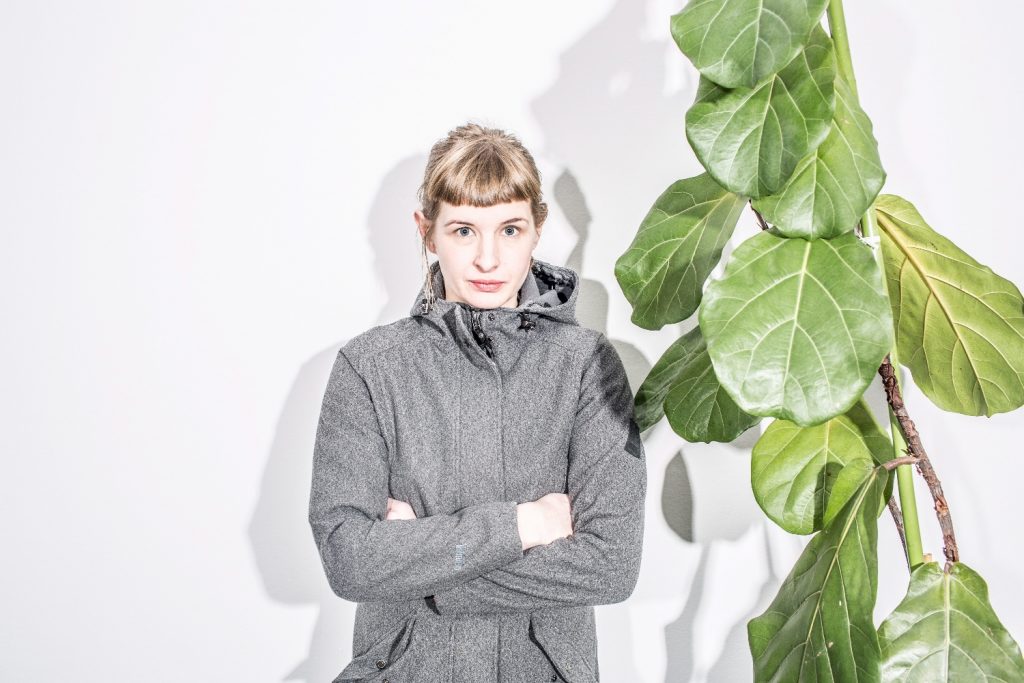 About the novel How to Fall in Love with Shopping Centres

No persuasion is needed of the fact that Natalia Fiedorczuk poses some very important and demanding topics in her prose. In Shopping Centres, a book that was awarded the Polytika’s Passport, she describes a series of social and cultural mechanisms of controlling maternity, pinpointing them on a wider base of metropolitan precariat’s problems. Her open and consistent focus on current reality is reaffirmed by Natalia Fiedorczuk in her features, where she accurately depicts and deconstructs violence contained in the linguistic constructs of femininity. Writing about the new right-wing rhetoric that categorises women placing them in concrete corners of socio-cultural space, Fiedorczuk draws our attention to a systematic inequality within which, as Rebecca Solnit wrote – men explain the world to women through linguistic categorisations, through determined places in the society.

The book How to Fall in Love with Shopping Centres is first of all a cruel picture of an excruciating everydayness buried deep inside, which is described with great literary skill. Cruel, raw, surgically treated text in the style of Haneke’s films. (…) It describes all those situations of roaming around the house, shopping, doing the laundry, choosing what to wear, watching oneself in the mirror. I envy Natalia for getting the idea to describe all of that from the point of view of shopping centres we all consider as something marginal and a bit embarrassing. To describe the undescribed, yet universal is a true task of literature – and this task has been accomplished here. If you are a kind of person that knows what it is like to observe the world over a disposable cup of cheap coffee bought in Tesco, this is a book for you.

I feel that Natalia Fiedorczuk has become the voice of an entire generation of mothers, average Polish families, who want to travel and earn as much as they can, to have children and bring them up, despite the difficulties and neoliberal market conditions, without expecting any help from the state. The voice of the people whose simple needs should be respected and be happy that they have not left Poland. Shopping centres is a book that offers a remarkably accurate, and at times painful picture of Poland that does not rely on state subsidy for parents, does not fight for the right to abortion, does not want to live on bank loans, but put simply – copes with life without anyone’s help.

Natalia Fiedorczuk’s debut is unusual. This brilliantly written book is on the one hand a merciless picture of motherhood in today’s Poland (showing not only mother’s experiences, but father’s as well), and on the other hand – a document about breaking-up, being unable to cope with the life challenges. And that is no longer about motherhood alone, it can be anyone’s experience when the world starts crumbling down, and when compulsive cleaning one’s home presents the only way to keep things under control.

This book can be read as a very interesting treatise about female unwillingness to accept the stereotypical roles in the most general sense, not only from a point of view of a mother troubled by feeling of guilt. It is a study of female search for freedom, for the way to define it.

Hearing the title How to Fall in Love with Shopping Centres one would think it is a manual, a tutorial. But the book is neither. I am not sure at all if the book is supposed to be read by women, but I know for sure it should be read by men, – Polish writer Philip Springer wrote on his facebook profile, causing fierce discussion with this post.

A daring book that remains in opposition to the exclusively glorifying opinions about maternity, proclaimed by conservative right-wing with their leaders. Natalia Fiedorczuk’s debut reveals the silenced truth to future mothers. And those who are to become mother. (…) written with authentic sensibility, it brings the atmosphere of anxiety stemming from the heroine’s feeling that the life is overwhelming her. It is an instinct. To feed, carry, provide safety and warmth… The ancient “nature” that reminds us in those and similar situations that we come from the same circumstances. It is a good thing that it has been written.

The literary debut of Natalia Fiedorczuk How to Fall in Love with Shopping Centres classifiable between reportage and prose in regard to its genre is a total innovation in regard to its topic, since nobody has ever written about motherhood in this way. Used to the maternal stereotype established by patriarchal culture, the readers will be surprised by the escape from clichés. Critics have defined it as a hypnotising work that focuses on the issue of parenthood we have neither desire nor energy to deal with ourselves: To describe the undescribed yet universal is a true task of literature – and this task has been accomplished here with great skill (Malgorzata Halber). The author says that she found her motivation on numerous women’s blogs that discuss religion and Christianity in the contemporary context, and that by stepping into the world she had not used to identify with, she opened up for some phenomena and somewhat freed herself from conventional way of thinking. I started to understand why conservative order is desirable – because I know how dearly my freedom has cost me, how hard I had to work, what was the confrontation like with the things I grew up immersed in, and all of it only to explain my choices. Writing about isolation, internal immigration in postnatal depression, and later, in the stage when a mother is facing a complete identity confusion – who am I once I have born a child? A food provider, nurse, hugging arms that busy about everything but my own self? – she produces a metaphor of shopping centres as “non-places” that become enclaves of exhausted women who sip their coffees from disposable cups over the covers of pushchairs with their sleeping babies, using the hard-earned intermission for experiencing time as a sacred secret, the time of one’s own intimacy with the real world.
The novel How to Fall in Love with Shopping Centres is not a mere portrait of contemporary Poland from the point of view of a mother in the context of a universal story about parenthood today; it is a vital, humorous and auto ironic narrative about trying to fit into the roles imposed on us by culture. Finally – in an exceptionally well literary formulation, this is yet another identity discourse in the jaws of the fluid modern time.