Roland Orcsik was born in 1975 in the multi-linguistic Vojvodinian town of Stari Bečej. In 1992 he moved to Szeged (Hungary) where he still lives. He completed his primary education in his hometown, and started the secondary education in Ada. In 1995 he started studying Hungarian Language and Literature and Comparative Literature at the University of Szeged, graduating in 2002 in Hungarian Language and Literature, and in 2013 earning a postgraduate diploma in Comparative Literature. He writes poetry, essays, reviews, studies and translates Southern-Slavic literature into Hungarian. He has been the editor for the Szeged based literary-artistic journal Fosszíilia, Subotica based Symposion, and is currently the editor for the magazine Tiszatáj. His poetry has been translated into Bosnian, Croatian, Greek, English, French, Romanian, Spanish, Slovakian and Serbian. He used to be the organiser of the Hungarian-Serbian Railcar Festival of Smuggling Culture (2008-2013). He has published four poetry collections: Rozsdamaró (Rub the Rust off, 2002), Holdnak, Arccal (To the Moon with Face; 2007), Mahler letöltve (Mahler Downloaded, 2011), Harmadolás (The Rule of Thirds, 2015).
His books in Serbian: Skinuti Maler (Mahler Downloaded, Treći Trg, Belgrade, 2012). His PhD thesis was published under the title: detoNáció. Domonkos István művészetének exjugoszláv irodalmi kapcsolatformái (demoNation. Еx-Yugoslav literary contacts in the art of Istvan Domonkos, Forum, Novi Sad, 2015.)
His first novel was published in 2016 entitled Fantomkomandó, which has been translated into Romanian and Serbian. He is a member of the psychedelic prostitutional punk band Lajka (lajka.bandcamp.com). 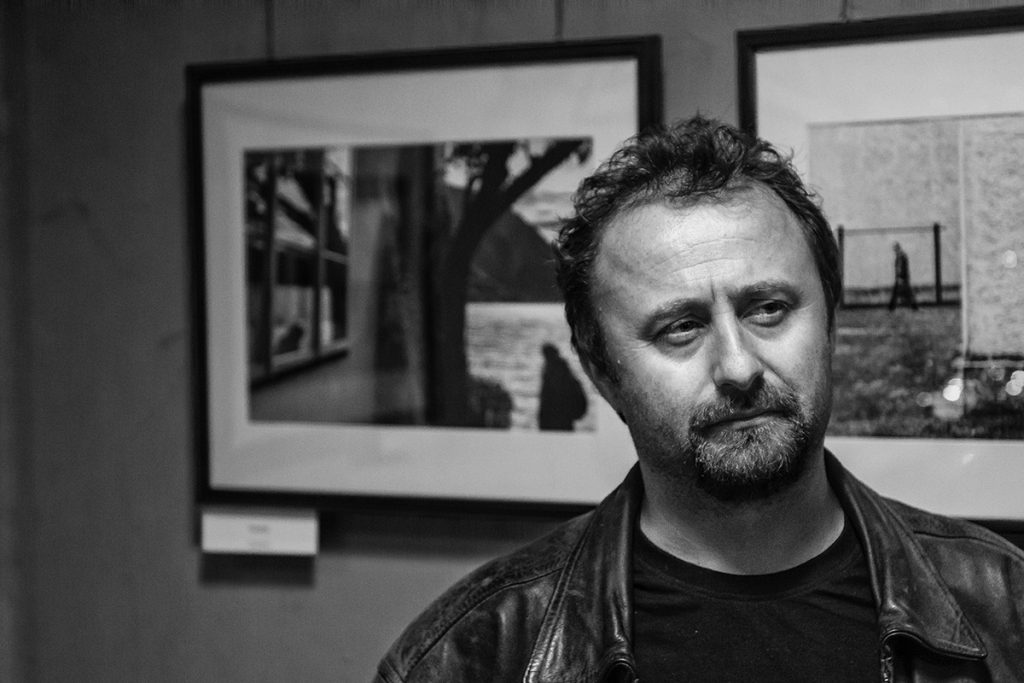 The protagonist is Spinach, and the events surrounding him and his family are the main storyline of the novel, but the hero and his parents are occasionally joined by their friends as well. The novel has many strong situations that emphasise craziness, anxiety, things that people feel during a war. The impression is that everyone wants to preserve the state before the war; they want everything to remain the same, even though they know it is no longer possible. However, each of them seeks their own happiness. The parts of the novel describing how the heroes spy on their neighbours and former friends by secretly observing them from a window overlooking the street are rather creepy.

At the first glance the topic seems worn out, as it speaks about a topic that is undoubtedly fashionable today, about the Ex-Yugoslav war. I was suspicious when I took it into my hands, but after initial delight inspired by the first couple of pages, the novel dragged me in and I saw that the war is not in the foreground, but everyday life of a terrified province. This revelation was aided by Orcsik’s skilful tactic to play with elements of youth literature at the beginning of the novel.

War. The Balkans… I am getting fed up with it: because even though I have read some good novels on this topic, I was already irritated by the fact that it is an ‘in’ topic, the one that publishers in Hungary were most interested in, so most of the writers write about battles or frontline events, even though they have had no experience of the Balkan war. (What would Hemingway say to that?) Roland Orcsik has had no experience of the Balkan bloodbath either – but he doesn’t write about that! More precisely: not about that directly. “The grandeur of destruction” appears on the pages of the book only indirectly.

We are in a small town. Hungarians and Serbs, so we are obviously in Vojvodina. The circumstances hint to the war in the background, although there are no concrete traces of it in the small town. There is no army, no police, there are no gunshots, there are no military operations, and this lack of events is what is terrifying. The streets are dead, silent; people are hiding behind locked doors, waiting, not knowing what is going on. Some have been drafted, some have fled, those who have stayed are afraid. From time to time there are power, water and gas cuts, food shortages. A family in one of the most grotesque situations eats shit with great pleasure. People smell worse and worse, everyone has their distinctive stink. It is interesting and original that the story’s focus is not on the national conflict, animosity based on history.

About the poetry collection Mahler Downloaded

The history of music, history and aesthetic philosophy merge in seven measures, in the beat, ad absurdum in cycles. At times in a shabby pub in Novi Sad, at times in a psycho-anteroom of Csáth or Csontváry. In this textual universe everything starts with a Finale, expecting from the reader to impulsively approach the book, literature, his own education from the very start. Orcsik is fooling around seriously […]

(…) voyage, meeting, adjusting with others, love, sex, nature, focusing on details, including readers’ experiences into the private sphere, references to different literary works (…), multilingualism, a proud and fresh initial tone.