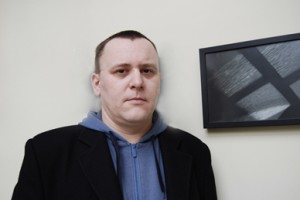 Since 2005 he has been teaching Dramaturgy at the Academy of Arts in Novi Sad.

His drama Hadersfild (Huddersfield) won the Jovan Sterija Popović Award for the best contemporary dramatic text at the Sterijino pozorje Festival in 2005.

He has been a member of the Serbian Literary Association since 2007.

Dramas: Lepet mojih plućnih krila (The Fluttering of My Lungs, 2009); Vetruškina deca (Vetruška’s Children, 2008); Banat (2007); Hadersfild (Huddersfield, 2005, premiered at the Leeds’ West Yorkshire Playhouse, in English, the only drama by a Serbian author staged within the official repertoire of professional theatres in Great Britain, 2004); Govorite li australijski? (Do You Speak Australian?, 2002); Pravo na Rusa (The Right to the Russian, 2001); Rekviziter (The Keeper of the Props, 1999, staged at the Festival of Contemporary European Drama in Huddersfield, Great Britain, 2000)

(…) Šajtinac weaves a fine web of literary and inter-media associations into his novel, establishing correlations with historical accounts, the world literature’s works of prose and poetry from several different epochs and national cultures, with fine art works, substantially coated with the contemporary pop-culture, music and film in particular. These references and citations reflect an encounter and meeting of the main characters’ interests, and a kind of reconciliation of opposites existing in the relationships between generations whose tastes and viewpoints were formed on the bases of different experiences and after different educational models. If you carefully follow the associations and allusions, as well as the tone used by heroes to express them, the swop leading to the final twist, although unexpected, at the moment when both brothers have already accepted the situation they found themselves in, is actually not surprising at all.

(…) By insisting on the key importance of family as the source and the outcome, as man’s elementary purpose, the author pushes to the background all other motives and problems, and reconciles all the opposites: from the generational gap to general contrasts between the fervent centre, full of events, and the sleepy province, the eastern cultural code and the western currents, ideological differences and historical changes.

(…) Modest simplicity has not left Šajtinac’ novel without complexness. The plot, the characters, relationships, emotions, language and allusions, everything in this book has a base in life, common and everyday life. This has earned a wide audience and critical recognition for the author. In return, it offers to the reader a literary pleasure without heavy themes, stretched intellectual intricacies and pompous style, returning a sincere emotion, which, by means of irony, has been kept unspoiled by pathos, and the form of epistolary novel to our contemporary literary horizon. An exchange of gifts in the best symbolical sense; quite modest gifts, but more than enough nevertheless.

About the book Walk On!

The knots in Šajtinac’ book are so witty that they can make you sick and ache. Not with pain, but with a mouthful of juicy words. What are the travel journals in Walk On! like? Are they? They are wild! Just like the journeys. Covering distances in space and time. Distances in (one’s own) self. Between Great Bečkerek and Great Britain. Between Orkney and Kosovo. Čurug and Chicago. From Banat to the Baltic. From Turija to Tunguska. And Sumatra, naturally… From an old clearing to a new crop field. Distances not even the author himself knows. Friends and relatives. The living and the dead. Through the Heaven and Hell. Sex and alcohol. With a full heart. With a mouth full of warm sentences. Juicy. Alive.

Ever since his debut novel Čuda prirode (Miracles of Nature), the collection of stories Čemer (Woe)and the correspondence with his father, the unique work of the world literary heritage, Nada stanuje na kraju grada (Nada Lives on the Edge of Town), I have often imagined Uglješa as someone who disseminates empathy. Emits emotions. Too wide for the (op)pressed text. Yet: ‘Then a take a solemn oath, under the bell, at noon, to dedicate my whole life ahead of me to write a ruling which would acquit myself of anyone’s possible empathy. It is strenuous work and requires a whole person…’ A whole writer who we are listening to while reading Walk On!. Not only his teeth and mouth, but most of all his passionate breath and the rhythm of a heart so open that it can engulf entire Pannonia.