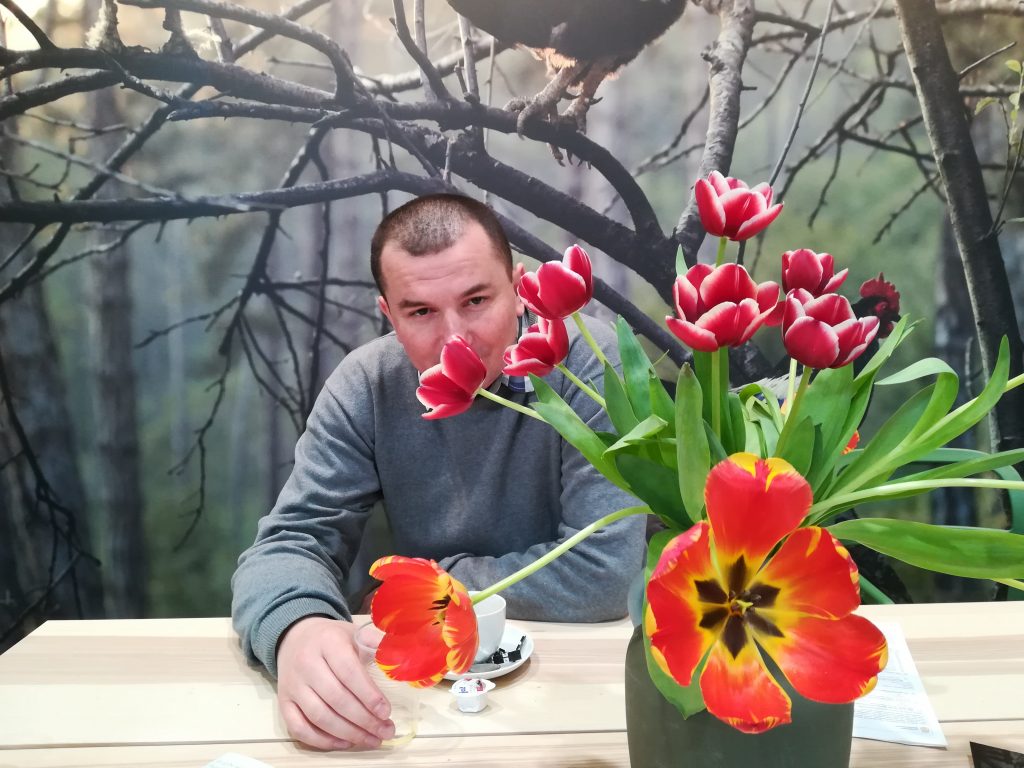 He has founded the literary magazine Sent and literary web magazine Eckermann.

Halilović’s play Komad o novorođenčadima koja govore (A Play about the Newborns Who Speak) premiered at the Theatre Schaubühne in Berlin on 10th March 2011.

Halilović’s works have been included in numerous anthologies of poetry and prose both in the country and abroad. He has received the Golden Badge of the Serbian Culture and Education Society, as well as the Meša Selimović, Branko Miljković, Đura Jakšić, Stevan Sremac and Ahmed Vali awards for literature, while his editorial work in Sent has been recognised by the Sergije Lajković award.

PEOPLE HAVE SAID ABOUT A STRANGE BOOK

The impression is astounding, as is A Strange Book itself. The story “The Border” is a masterpiece … (Branka Bogavac)

I enjoy these stories. (Nenad Milošević)

I have read A Strange Book. Wonderful stories. Incredible. True refreshment for our literature. The book we needed and we did not have. The maximally defamiliarised short prose is, at the same time, a fragmented novel. Unfortunately, I am afraid that the lazy and insufficiently observant literary critics of ours will fail – and will not attempt, to understand it fully. (Dušan Stojković, a literary critic)

I have read A Strange Book and I still feel strange. (Zlatko Paković)

That which is not strange is not worthy of telling about, and even if it is told – it does not last long. This is something Enes Halilović knows well, and this knowledge is older than him, because everything this author tells with his pen emanates a feeling of origin and gives an impression of source painted in colours of modernity that promises eternity. His A Strange Book, is a festivity of words this poet believes to be a walker. Water takes a prominent place in his work, and he is a writer who would not drink from any source. (Milan Anđelković, a poet).

PEOPLE HAVE SAID ABOUT IF YOU GAZE LONG INTO AN ABYSS

I would be proud to have written such a book. (Prof. PhD. Predrag Jašović)

I am crying and laughing with this book, I sigh involuntarily. (Selma Hasanović, a literary historian)

It is a distressing book that, as Kafka would say, is an axe for the frozen sea within us. (Marija Nenezić, a literary critic)

A fascinating novel. It’s not sneaking a peek into an abyss and a flirtation with its dizzying drop, but a truly uncompromising gaze of such a kind that makes the reader aware that he/she is “on the other side of the good and evil.” (Ljiljana Šop, a literary critic)

The book has really shaken me. (Nadija Rebronja)

A story as a sad dedication to the author’s hometown. (Radmila C. Lotina)

Sadness came over me after this beautiful book. (Silvija Monros Stojaković)

It’s been long, really long, since I read such prose – both in terms of structure and content, and mostly for the mastery with which it was written. (Risto Lazarov)

I have greatly enjoyed the abyss of this book, one of the best I’ve read recently. (Nenad Šaponja)

This is the best novel from the Yugoslav territory I’ve read in recent years. (Adin Ljuca)

I haven’t been the same person after reading this book A filigree mixture of the lyrical and the dramatic, framed into an outline of the philosophy of life that, by reading, tests whether we are still alive. (Marija Vasić Kanački, a literary critic)

The mandatory reading list must include contemporary writers as well. For example, Enes Halilović, a poet and prose writer of the younger generation and the laureate of our major awards, deserves to be included in the school mandatory reading list for the high quality of his works. His poetics is sufficiently based on the verified forms of the classics, while at the same time it has a very modern sensibility and avant-garde experience. I am sure that such a reading prepares for and opens a young reader to the works that are coming from the future. And this is an important function of education in culture. (Dragoljub Kojčić)

I was impressed by Halilović: it’s a brilliant paradox – a terrible life but in general, once you read it all – optimism with tears in your eyes! I have not read anything so sad and good in Russia or in Serbia for a long time. (Vasya Sokolov).