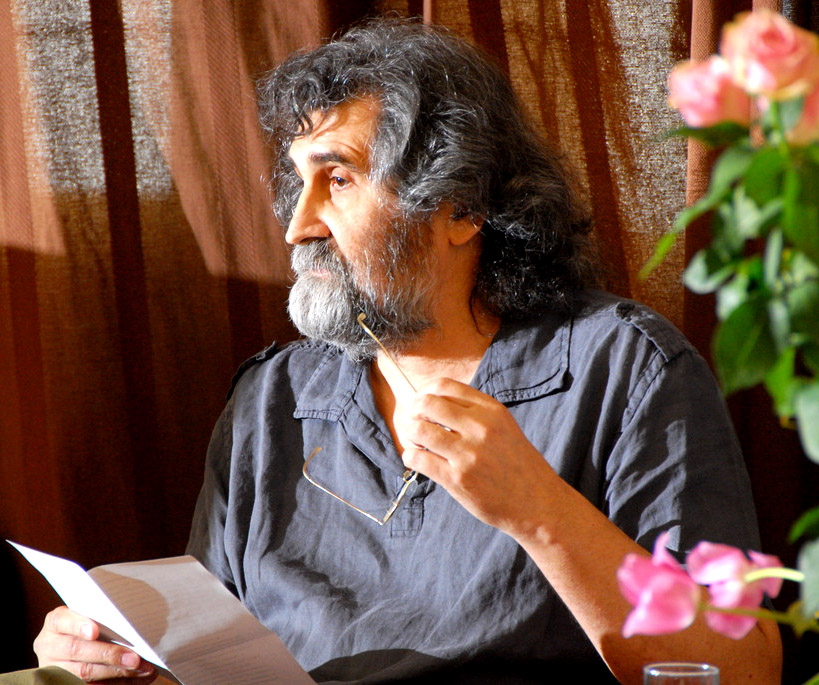 Petar Milošević was born on 3rd March 1952 in Kalász (between Budapest and Szentendre, Hungary). He studied Hungarian, World, Croatian and Serbian Literature at the Faculty of Philology of the “Loránd Eötvös” Universityin Budapest, where he has workedin Slavic Department as a professor of literature since 1978. He was the editor of the Culture Section of the Serbo-Croatian newspapers, and later the editor-in-chief of the Serbian newspapers in Budapest (1979-1999). He writes scientific texts and fiction: studies and essays on the history of Serbian literature and comparative literature, andpoems, short stories and novels. He translates from Serbian to Hungarian and vice versa.

About the novel Tinja Kalász

The story of the northernmost Serbs, those who lived and still live around Szentendre in Hungary, can also be seen asrecognition of the point where the emotion of Bora Stanković’s Koštana and the musical phrase of Jimi Hendrix meet.

The unusual journey of Mitke’s ducats from Vranje in the south, to Pecs and Kalász in the north, in this kaleidoscopic novel, is narrated as a series of parallel histories. The different forms in which Stanković’s Koštana occurs among Kalász Serbs are revealed through novelistic quest for anomnipotent formula of the musical phrase ofthe “Lerjano, perjano” song,for the mystery of the lyrics that flash in the horizon of the mother tongue, and finally, for the dispersed, elusive and incomprehensible emotion of love.

The backbone of the novel Tinja Kalász makes the story of the relocation of Stanković’s heroine Koštana to Kalász, home of the hero’s cousin, who played this role in a school play when she was young. Now,memories are revived and a new version is being prepared. The hero goes to Vranje looking for traces of real Koštana, that is, Malika Eminović, who Stanković modelled his dramatic persona after. In the meantime, parallel events take place in Kalász, so the same plot is developed on four levels, and around them the author unfolds a panorama of his native village, revives and invents characters and events from the history of Kalász.

He goes back to the early 20thcentury, as far asthe memory of the oldest generation in the village goes. Beyond that pointthe dimensions of earlier epochs open, sothe search reaches the furthest layers of myth and legend. The reader is offered a series of various fascinations, flash-backs, family and local histories, while both distant and recent past of Kalász is seen in both realistic and fantastic dimensions, thus presented by means of realistic and documentary, as well as surrealistic and humorous storytelling.

Petar Milošević is the most important Serbian writer of the so-called “old diaspora”, that is,the autochthonous Serb community living in Hungary. Numerous prose and critical essayistic works, primarily novels London, Pomáz and We’re from Szentendre, have made him an author of recognisable style on the Serbian literary scene.

About the works of Petar Milošević

We have often read about the authors experiencing the situation where a character “breaks free from their control”, starts playing their own game, outside the script and plans, changing the aimed end. Novelist Petar Milošević had the entire village of Pomáz break free from under his pen, and a half of Szentendre, too. And successfully at that. And fortunately, too. Because, someone had to write this. This way exactly!

To lift the veil of oblivion from the lives of Serbs in diaspora.From the manuscripts of his predecessors, martyrs on the same job, from Venclović and Piščević, to Ignjatović and Crnjanski. To verify his own imagination with a stamp of reality; to speak of his own destiny to a man instead of a politician, analyst and bureaucracy; to build a monument for the future generations with his writing, like the first and latter evangelist.

In his four books which together make a unique opus, Petar Milošević serves up a remarkably complex study of the times and characters, offering instead of the worldly models, a filigree work in the field of virtuosity and literary seductive ethnological narratives.